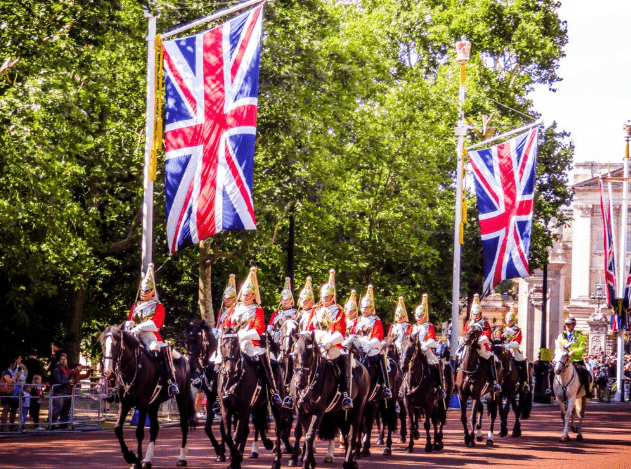 The United Kingdom has many famous cultural landmarks, a prominent royal family and some well-known habits such as drinking copious amounts of milky tea! However, we at Scrambled Eggs Milano have put together a list of 5 lesser known British cultural traditions which you may not have heard of before.

Do you love cheese? What would you be willing to do to get your hands on a big wheel of delicious English cheese? Every Spring in Gloucester, a city in England, thousands of people gather to attend a very special event. Competitors stand at the top of a hill. A large (4kg) Double Gloucester cheese is rolled down the hill, reaching blistering speeds of up to 113 kilometers per hour, and the first person to catch the cheese or reach the bottom of the hill is the winner! The event has been held for over 200 years.

As you can tell from the video, injuries are quite common!

Dating back to the 15th century, Morris dancing is a traditional English folk dance based on rhythmic stepping and involves a choreographed group of dancers. The dancers typically wear bells on their clothing and use sticks, swords or handkerchiefs in their routine. Although sometimes mocked and regarded as the antithesis of cool by some, it is performed proudly by those who take part and the tradition persists to this day. Take a look at the video and make up your own mind!

Would you like to be the Mayor of a small English town northwest of London? Well you better be prepared for the world to know how much you weigh! In High Wycombe, it has been a tradition since 1678 to put the Mayor on the scales in public, at the beginning of their term and then once every year. This was originally done to make sure that the Mayor wasn’t using his position to get fat using the taxpayer’s money – the Mayor at the time was known to be a bit of a drunken slob!

Stinging nettles (Urtica dioica) produce a burning sensation when touched due to their ability to pierce your skin and their biochemical irritants. Does this plant sound like a good thing to put in your mouth? Well, every year entrants from all over the world go to a traditional British pub in Dorset to see who can eat the most in one hour! This is quite a new tradition, held every year since the late 1980s, but it is surprisingly competitive and shows no sign of going away any time soon.

Our list is going out with a bang! Bonfire Night, also known as Guy Fawkes Night, is celebrated once a year on the 5th of November. In 1605, a man named Guy Fawkes was part of a plot to use gunpowder to blow up King James and his government. He and his group placed 36 barrels of explosive gunpowder under the houses of parliament in London. However, one member of the group sent a letter to his friend, warning him about the plan. This letter ended up the in hands of The King’s supporters and the scheme was discovered! Guards broke into the cellars beneath the Houses of Parliament where Guy Fawkes was waiting to set light to the gunpowder. He was arrested and later executed. On Bonfire Night, we create large fires (known as bonfires), light fireworks and sometimes throw an effigy of Guy Fawkes into the flames!

We hope you’ve enjoyed reading about some of the quirkier events in the British calendar – which would you like to try? Have you ever heard about any similar events in other countries? Let us know, we’d love to hear what you think about these eccentric events!