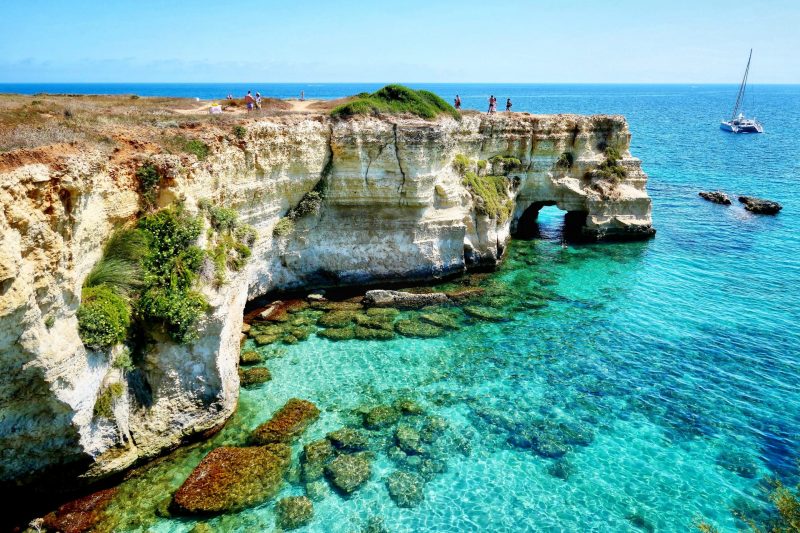 Despite everything this year, me and my girlfriend decided to go for a holiday in Puglia. Many of my students are from the area and they always tell me how wonderful the region is. I was told of a region based on agriculture, not well developed, and a relaxed culture, but rich with delicious food and glorious beaches. They also seem to all tell me how different the south of Italy is from the north.

Now, I’m an English teacher living in Milan. My life during the year involves lots of metro rides, trains, buses, trams and walking around a vast city; attending lessons, meetings, going to bars and restaurants, shopping and then relaxing in parks, possibly taking a few trips to the mountains for a hike. I think I am living the typical Milanese life. So for the first time in Puglia I was really expecting to find myself in a different country compared to Milan. We visited Lecce and then an area around the Salento Coast near Taranto and Campomarino. Here are 5 differences between the places I found… 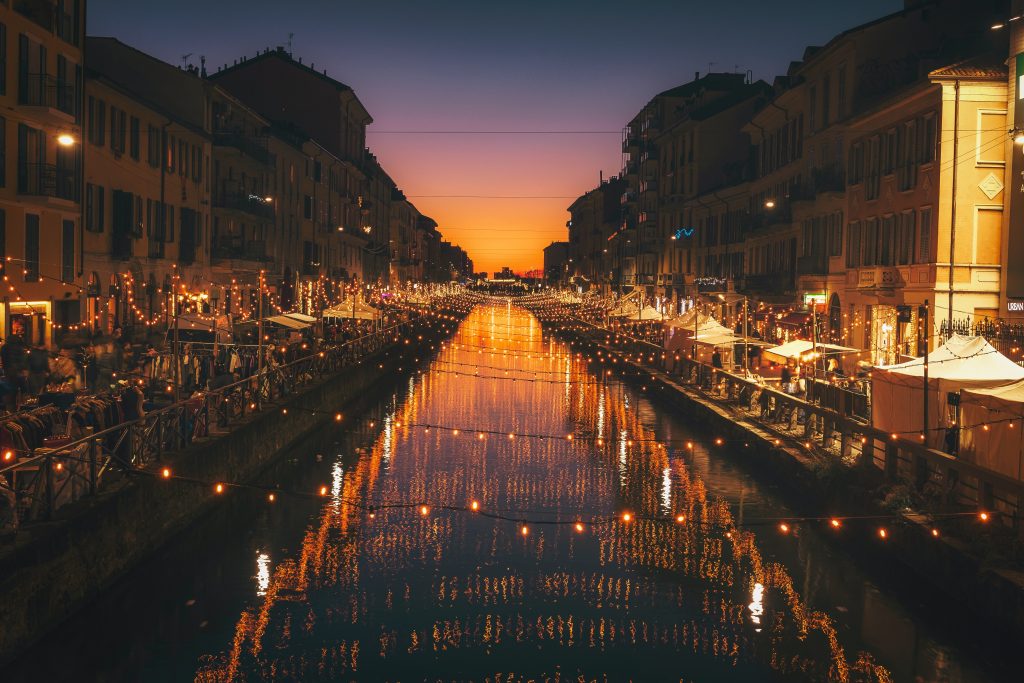 (The Navigli, Milan. Our school is on the left!)

A big difference between Milan and Puglia is the landscape. When you venture out into the nearby mountains just outside of Milan, you can really see how flat the surrounding area of the plain is, before you arrive at the mountains of course. The lakes here are wonderful and the environment in general is very green with lots of green grass and luscious trees.

But Puglia is totally different- the land is generally flat but here the land is more arid and there are the beaches. Beautiful shades of blue ocean line golden sand especially in Salento. You’re also more likely to see amazing cactuses than green forests. During August, it seems Milan and Puglia share a similar climate- it’s hot! But the land itself is very different but equally beautiful. 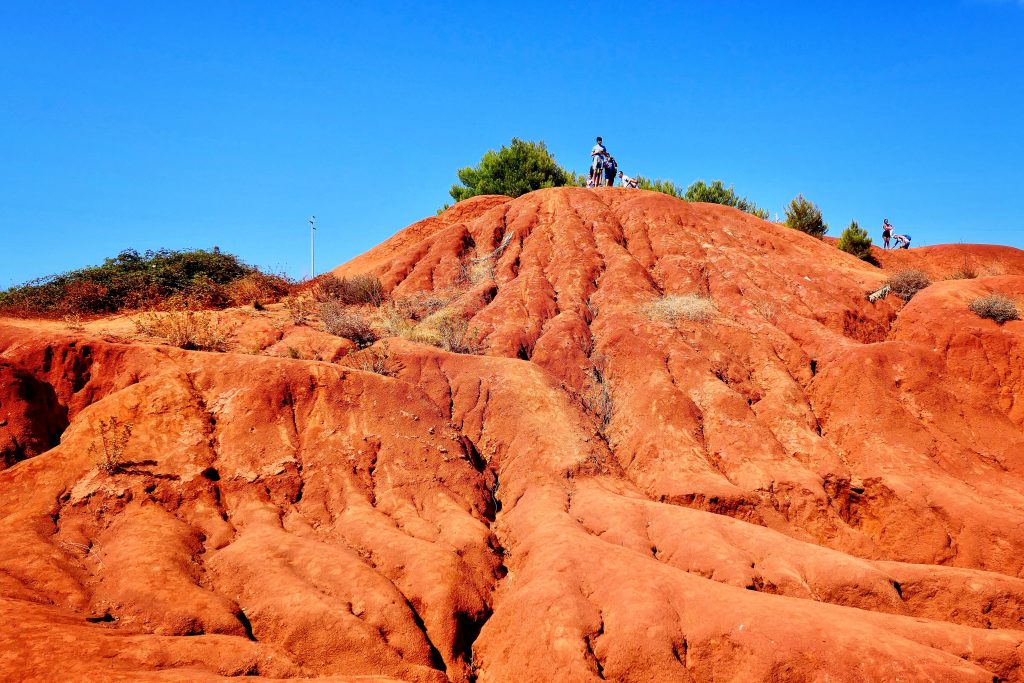 Well what next to talk about but the food! We are in Italy after all. In Milan you can find any type of food you want. Pizzas made in the Neapolitan or Roman styles, pasta from every region and restaurants inspired by every region of Italy and from abroad like Chinese, Japanese, Indian and much more. There is literally anything you can think of here. That means there is very high quality food and sometimes some low quality around as well.

In Puglia I found there are specific specialities and they do them very, very well. Here you can find the regional specialities like pasticciotti, orecchiette, panzerotti, taralli and much more. This is the food of Puglia and as a visitor the only thing you should do is try these delicious dishes. Aside from these foods though, there is not a lot of other choice. Maybe a kebab shop or a Greek restaurant here and there. As a tourist I am in heaven because there are lots of local foods to try. But as a resident I think I would want more choice! 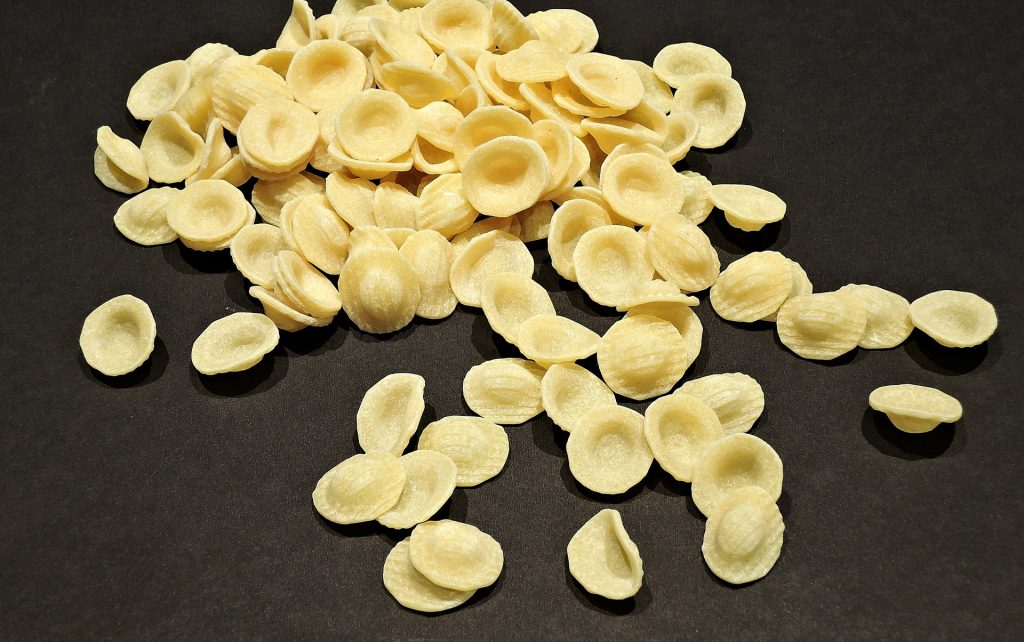 Before I visited Puglia I heard a lot about the north/ south divide. I have a lot of Pugliese students and they are all wonderful, kind and funny people. Generally, everyone I spoke to in Milan had good things to say about the people in the south. However, a tension still exists between the regions and sometimes I heard some unkind stereotypes about the people from the south like “they’re lazy and only want to sleep during the day” for example. I am sure the same sometimes happens when southerners talk about northerners too. Maybe the stereotype of the Milanese is that we “don’t know how to laugh” and all we care about is work!

Anyway when I visited Lecce and Salento nearly every person I spoke to was also kind, friendly and usually funny as well. There seems to be a unique Pugliese sense of humour and the people there like to have a laugh and a joke. In a more local place you can feel more relaxed than a big bustling city like Milan. Both places are filled with wonderful people and any general differences were not obvious to me. Let’s forget the stereotypes. We are all unique people at the end of the day! 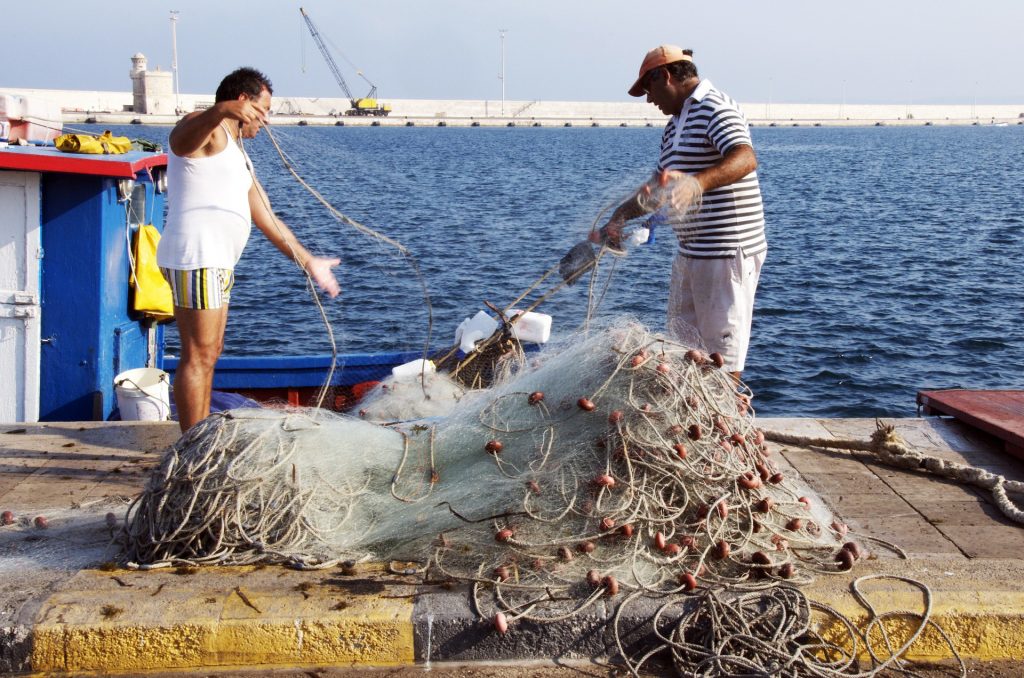 The first thing I noticed when I got off the train at Lecce was the old painted white train station building and walking toward the historical centre, the beautiful light coloured mosaics that cover the pavement. The abundance of white coloured buildings becomes more clear as you enter the historical centre, where all you see around every corner is beautiful Baroque churches and charming old houses lining every narrow street. In addition you have the trulli which are fantastically unique.

This is a world away from Milan with its grand and wide lanes and often modern architecture. Walking through the historical centre of Lecce is like talking a walk through the past. The influence of the Byzantines is clear here as the buildings feel closer to Greek than northern Italian. In Milan you really feel part of the centre of modern Europe, but in Puglia you feel closer to the seafaring Mediterranean past. 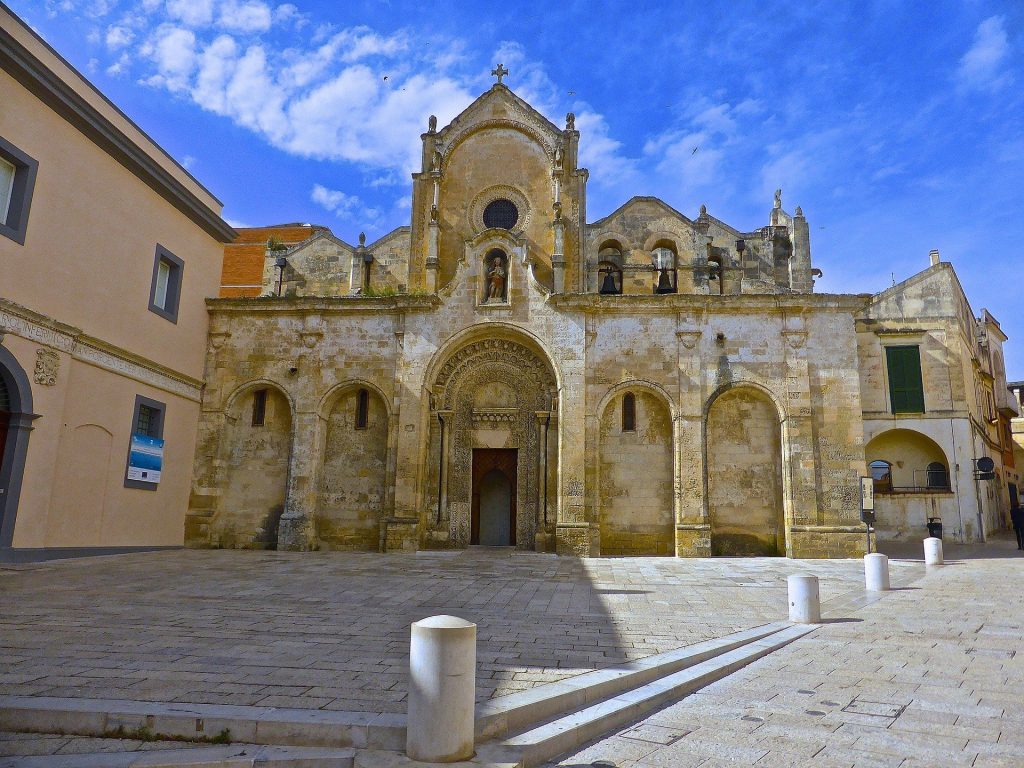 In Milan you can usually find floods of foreign tourists filling the Duomo square and gazing at the shop windows of the Galleria. Now it is less like this, with foreign tourism in general falling a great deal due to Covid-19. But anyway in Milan you can find a lot of places that are specifically designed to trap the tourists. Expensive restaurants and bars line the Duomo square and follow you all the way to Sforza Castle. To find more authentic local places, you need to venture behind the main streets and find less well-known neighbourhoods.

If you have visited Puglia in August, you know it is a very busy place to be. This year perhaps it was less so, because of the lack of foreign tourists. But even so, it was still difficult to walk down the main street in Lecce without bumping into visitors due to the crowds and have people laying their towels down right next to you on the beach! In August crowds are an issue in both places. In terms of the opportunities for tourists Lecce and Salento are well-served but definitely less prepared than Milan. 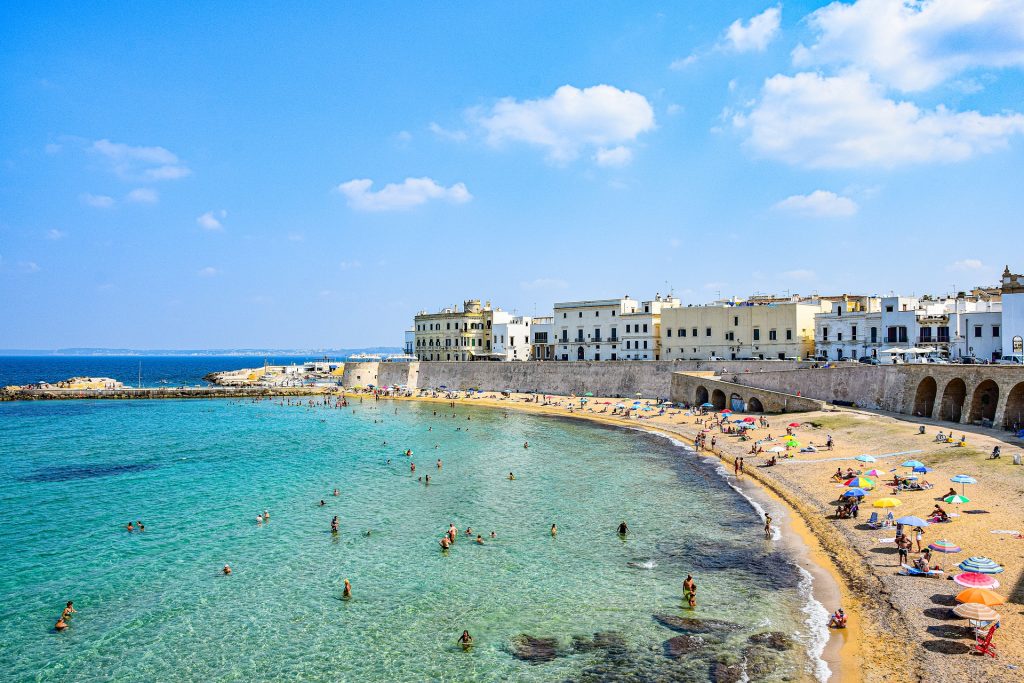 I loved my holiday in Puglia. Do you agree with everything in the article? Give your opinion in the comments below!

Also try our quizzes to test your English

Match the words to the correct definitions

Milan and Puglia | True or False 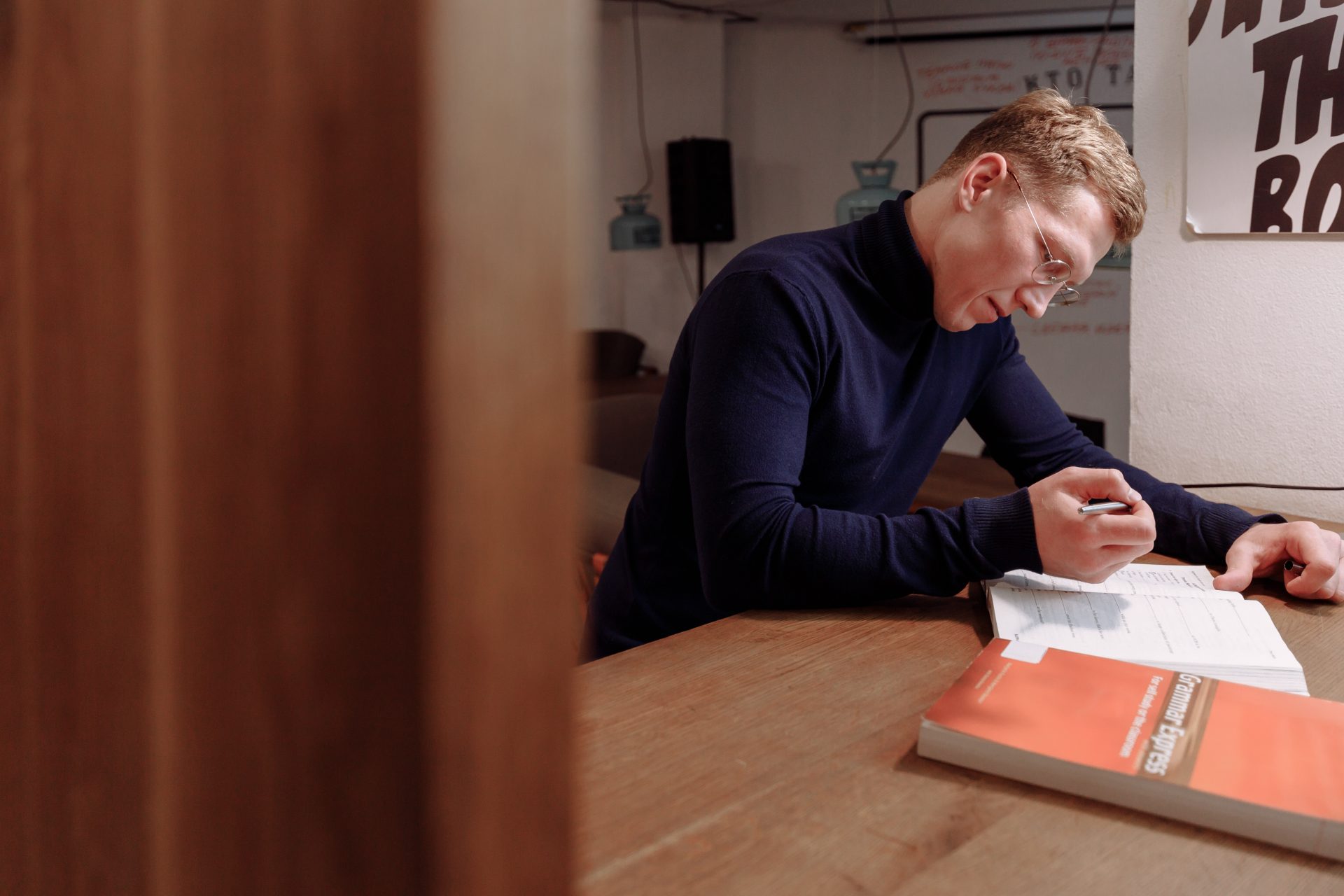 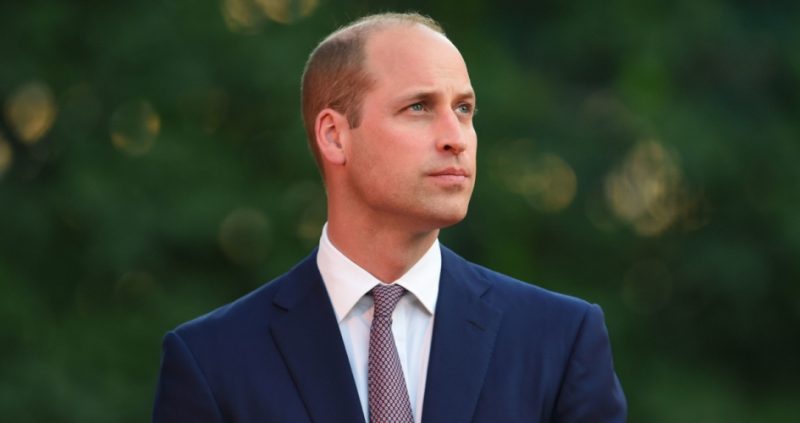 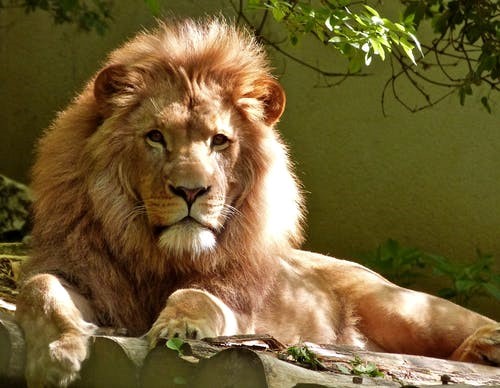 The Lion and the Mouse – Learn English with Fables