A Decade in Italy!

Mamma mia! It’s already been 10 years since I embarked on this apparently never-ending trip to Italy! It was September 22nd 2010 when I boarded a plane with nothing more than a suitcase and a 10-month visa to last the rest of the school year, and I’m still here today.

I arrived in the little town of Crema, about 40 km from Milan, and immediately got to work in some local high schools as an English teacher, staying there for 3 years before making the move to the big city of Milan where I’m still living today. With the new year and some free time to finally reflect on 10 years in Italy, here are some of my biggest takeaways from from my Italian tenure.

We’ll start with the best, something that’s always on everyone’s mind! What I was and continue to be most surprised about is how many regional specialties you will find in this country that never made their way over to the United States as part of what you might consider traditional Italian cuisine. I’ll start with the first “authentic” Italian food that I was introduced to, the Tortelli Cremaschi, which is only found in Crema and the bordering towns. To give you an idea of how small the radius is where it is eaten, people here in Milan, which is in the same region as Crema, have absolutely no idea what it is. It’s a small tortello which is filled with candied fruit, amaretto, a pinch of mint, making for a chocolate filling that’s topped with butter, parmesan cheese and sage. It’s incredible! 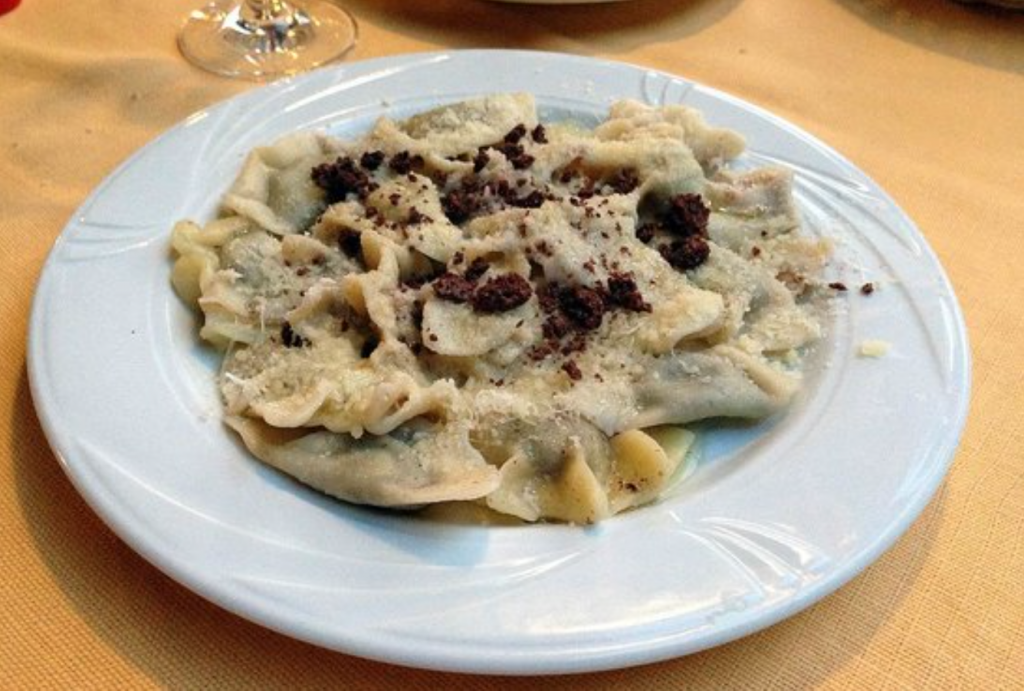 Another favorite of mine is a local Milan dish, a form of a famous dish called the Risotto Mantecato. In a restaurant in the city here they cook it in the same method that monks have been cooking it for over 500 years, which is to cook the risotto until it is semi-finished and then cook the final part of it in a big wheel of cheese over flaming vodka. The presentation is probably better than the dish itself, but in any case you get dinner and a show all in one! 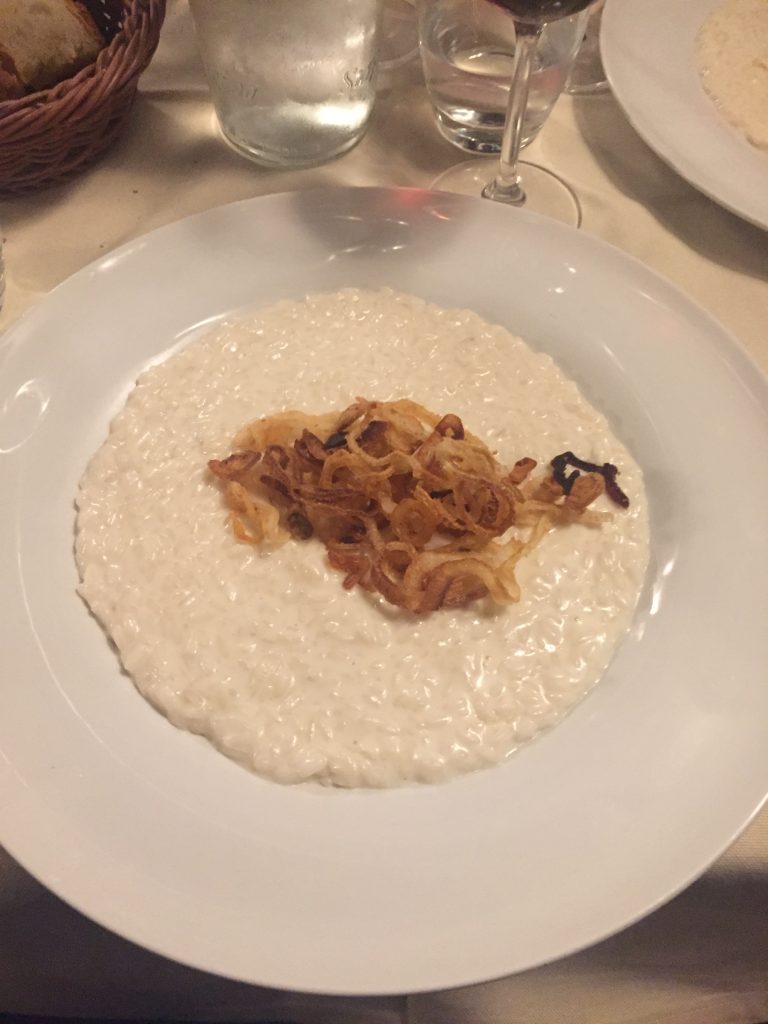 One dish I’ve been into lately and only discovered recently is something called Timballo, a dish native to the central Italian city of Pescara. The dish isn’t terribly popular, in fact it doesn’t really exist out of its region, but it’s utterly delicious. It is essentially a pasta and meatball dish with vegetables solidified together and wrapped in a thin layer of bread. 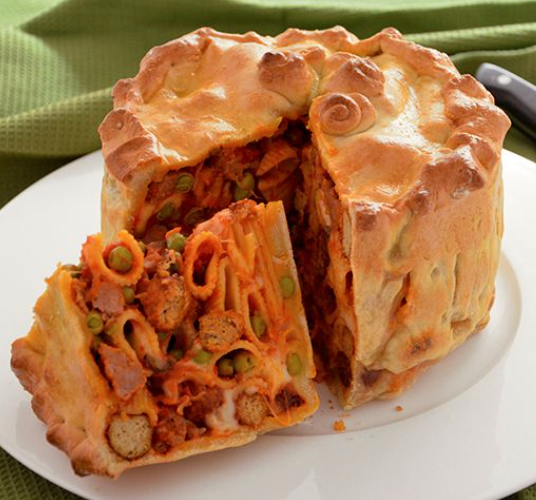 An extremely popular dish all over Italy which actually originates in the southern region of Puglia is the Panzerotto. It is essentially a fried mini calzone, and is filled in tons of different ways depending on which region you find yourself in. It’s essentially Italian street food and you can find a place that sells them on almost every block. 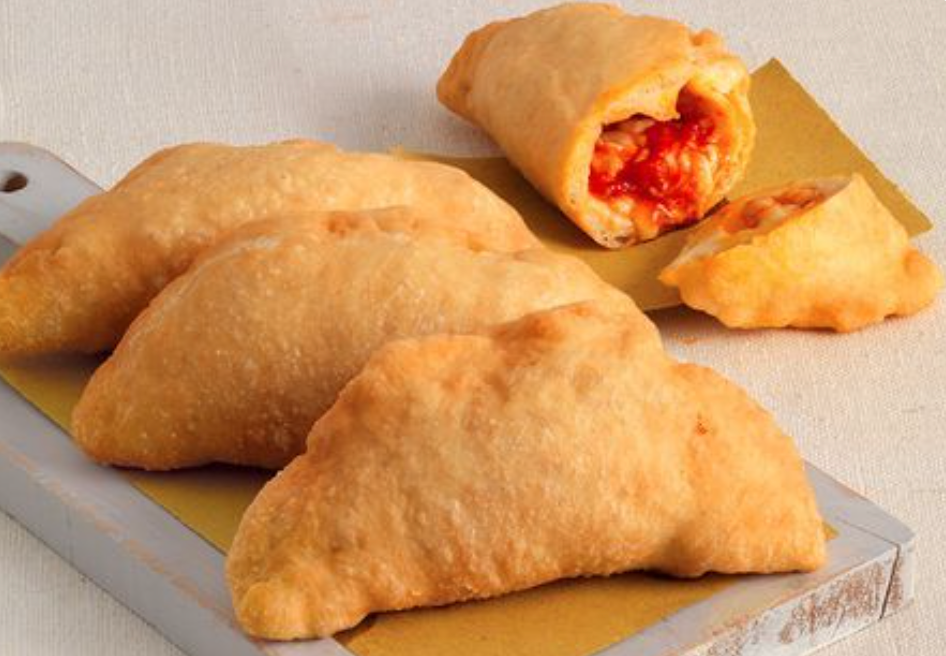 There are so many dishes I could go on and on about, but we can’t only talk about food after 10 years!

One absolutely fantastic aspect about living in a strategic, central European location like Milan is how well connected it is with the rest of the continent. In 10 years I have been to 20 different countries in and around Europe, and this has been strongly facilitated by the low-cost airlines like Ryan Air or Wizz Air which offer round-trip tickets as low as €20-30 per person if you book far enough in advance! Some of the countries I’ve visited are the following (in no particular order):

Belgium 🇧🇪 – a few nice trips to the capital of Europe, Brussels

Serbia 🇷🇸 – visiting the in-laws a few times a year

Vatican 🇻🇦 – a trip to Rome is never complete without the Vatican

Sweden 🇸🇪 – a weekend in Stockholm

Croatia 🇭🇷 – a short pit-stop whilst driving to Serbia

Morocco 🇲🇦 – Marrakesh for the weekend

Czech Republic 🇨🇿 – Prague, which was too good to go just once

Poland 🇵🇱 – Warsaw, Crakow and a trip to Auschwitz

Germany 🇩🇪 – A weekend in Berlin

My two favorites were definitely, by a long shot, Sweden and Malta. I went to Stockholm for a weekend and was absolutely mesmerized by its beauty. The city is spread across multiple little islands and is a fascinating mix of ancient North Germanic architecture that dates back to the 17th and 18th century and innovative interiors that feature cutting-edge technology. They ride bicycles like most of the world drives cars, so it’s not uncommon to see massive crowds of bikes taking up the entire street during rush hour. 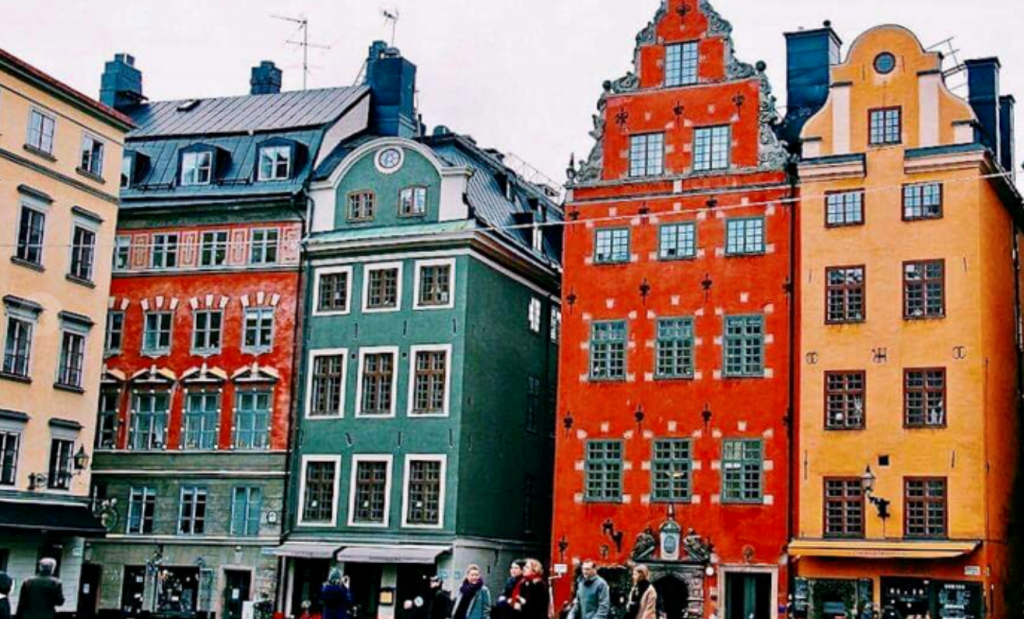 From one of the most northern spots in Europe, my other favorite country that I’ve visited is Malta, a little island nation located between Sicily and the northern tip of Africa. It only has a half a million people to its name, and yet it has the same concentration of UNESCO landmarks as the city of Rome and is just filled with wonders one after another. We even planned to go back last March but naturally were unable to given the pandemic. We also missed trips to Madrid, Spain and Copenhagen, Denmark in 2020, which we hope we’ll get the chance to go to as soon as we can start travelling again.

Naturally, I haven’t skipped out on visiting Italy either. Some of the best cities I’ve visited are:

Bergamo, locally in the region of Lombardy: 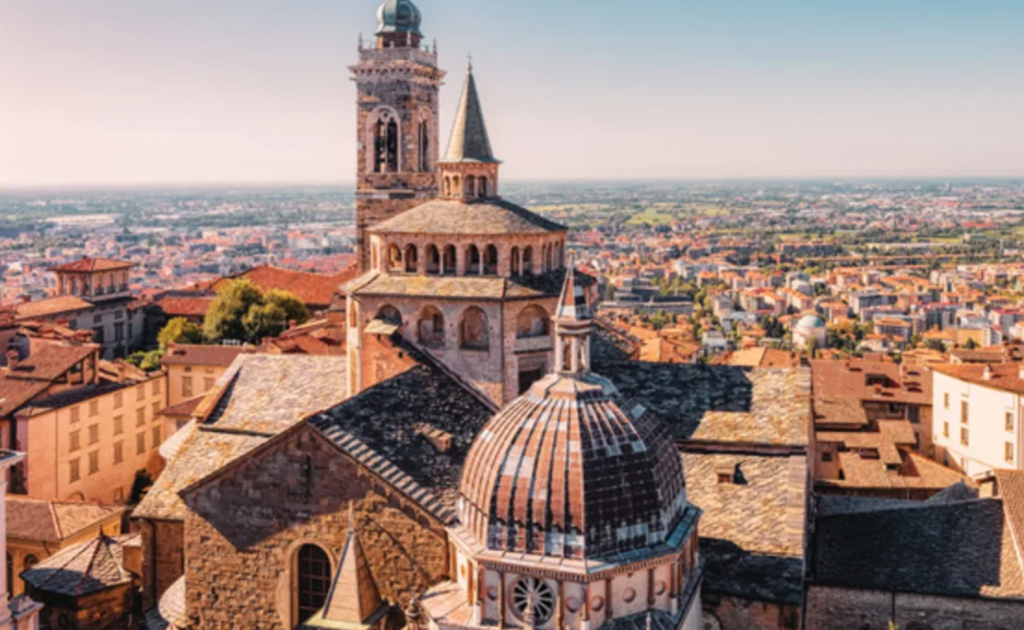 Matera, down south in Basilicata: 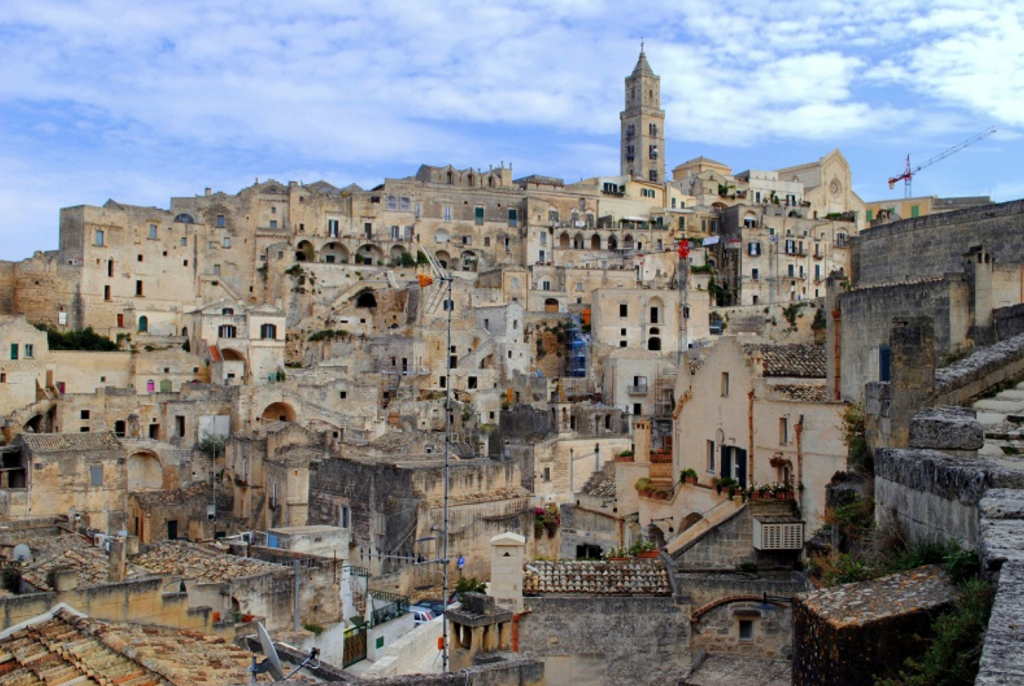 Biella, in the foothills of the Alps in the region of Piedmont:

Gubbio, in the central region of Umbria: 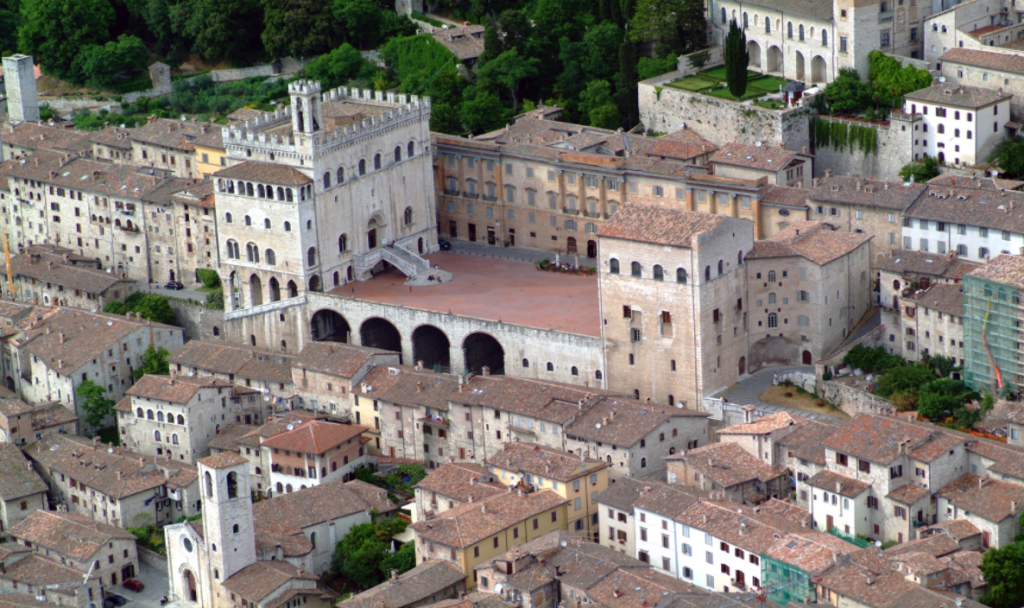 And of course, I can’t skip over my own city, Milan. I moved here in 2013 when the city was undergoing a massive facelift given that in 2015 it was set to host the Expo/World’s Fair. The city was pretty much constantly under construction in those first two years, redoing entire neighborhoods and adding new metro lines, but when it finally opened back up at 100% it was absolutely extraordinary!

Our neighborhood before the Expo: 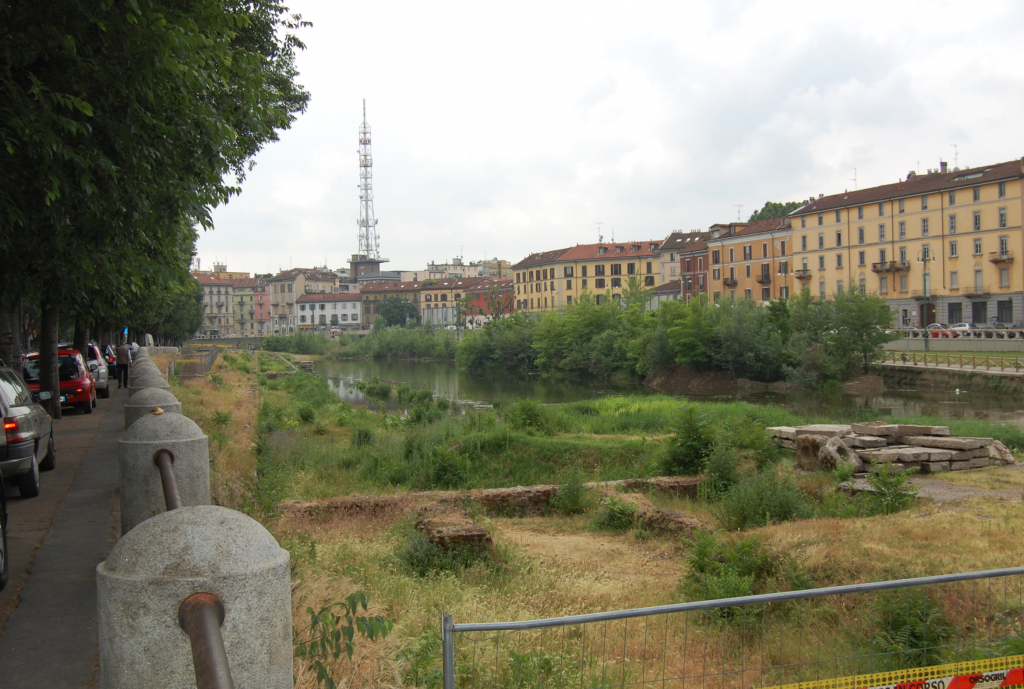 Same place after the expo (see the antenna in the background) 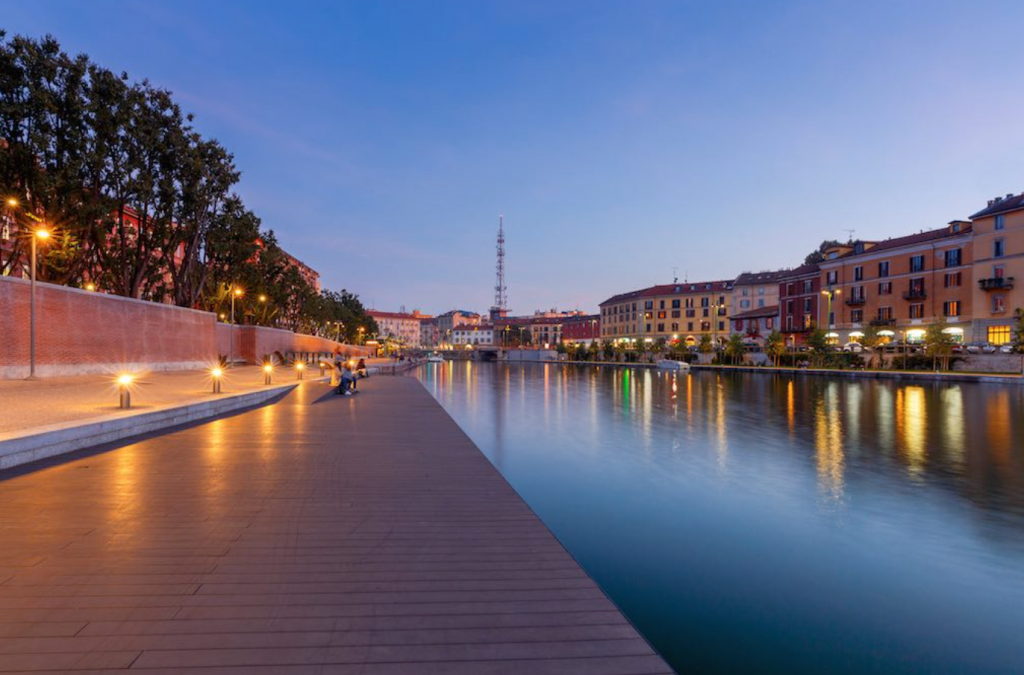 The Expo was a very nice experience, and we visited the fair a handful of times. The crowds were pretty tough to deal with, but we also managed to sneak in at later hours and visit some of the pavilions with no waiting time to enter. Milan was recently elected host city of the 2026 Winter Olympics, so we can only hope the progression the city has seen in these last few years will continue in the years to come. 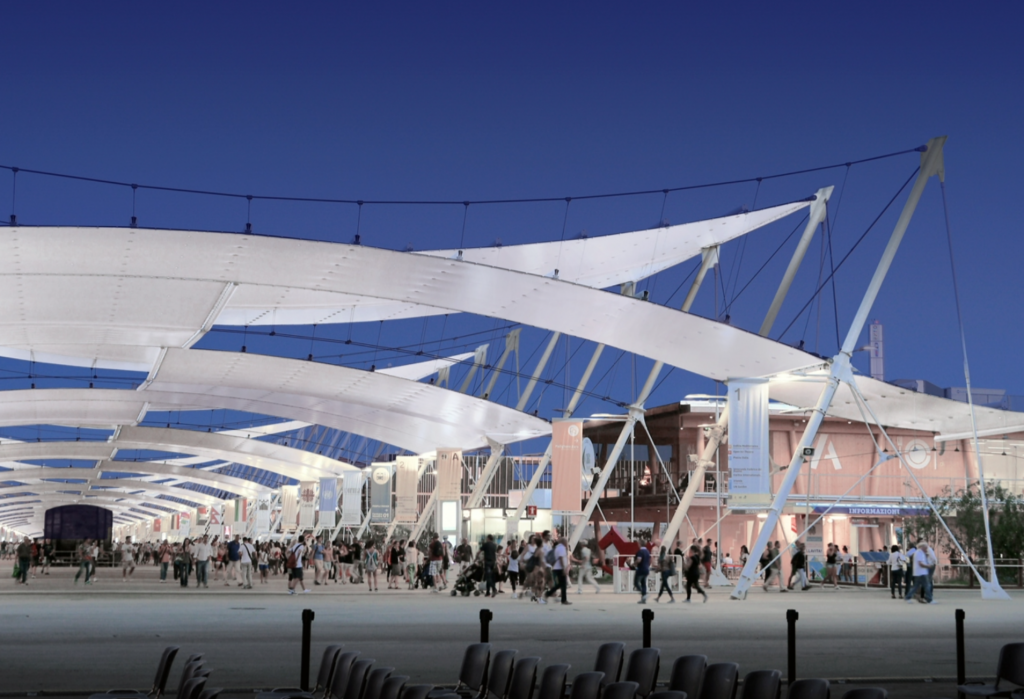 The American pavilion in Milan: 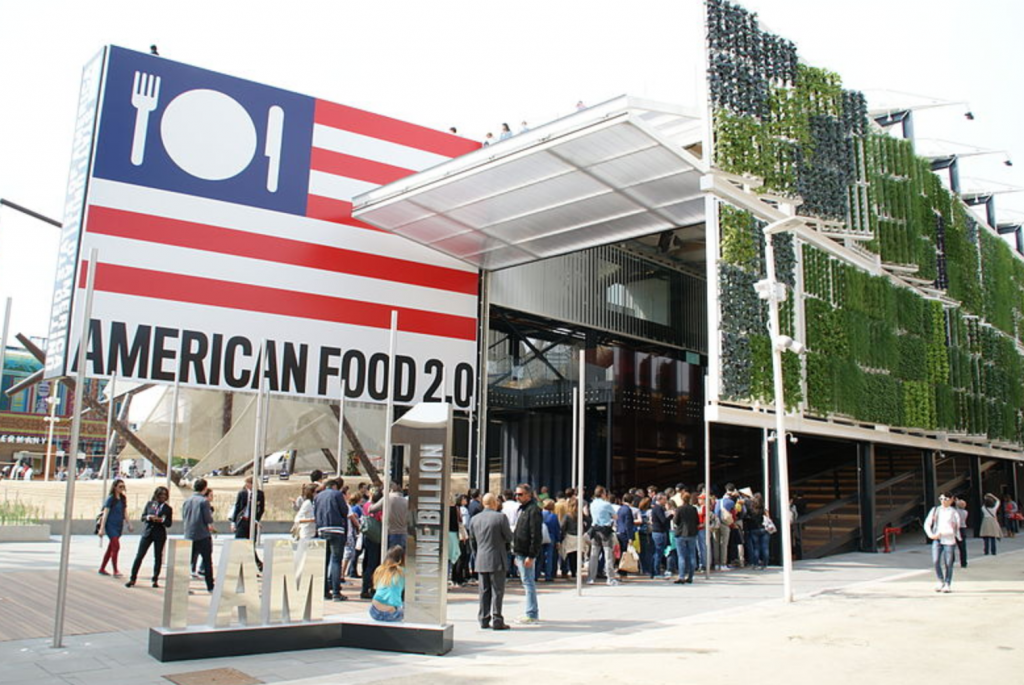 Moving on to other topics, sports! Soccer is life here and everything else takes a back seat. I tried for many years to get into soccer, even spending a season or two following my favorite team, AC Milan, sitting in the “hooligan” section and learning all the songs to cheer the team along. However, I really can’t stand how boring it is and at the end of the day I gave it up. Watching players fall to the ground writhing in pain for five minutes because someone tapped them on the shoulder just isn’t for me. In any case, we still support our local neighborhood club which plays in the 7th division and is composed of a bunch of university students, mailmen and bartenders clinging to that dream of professional soccer. 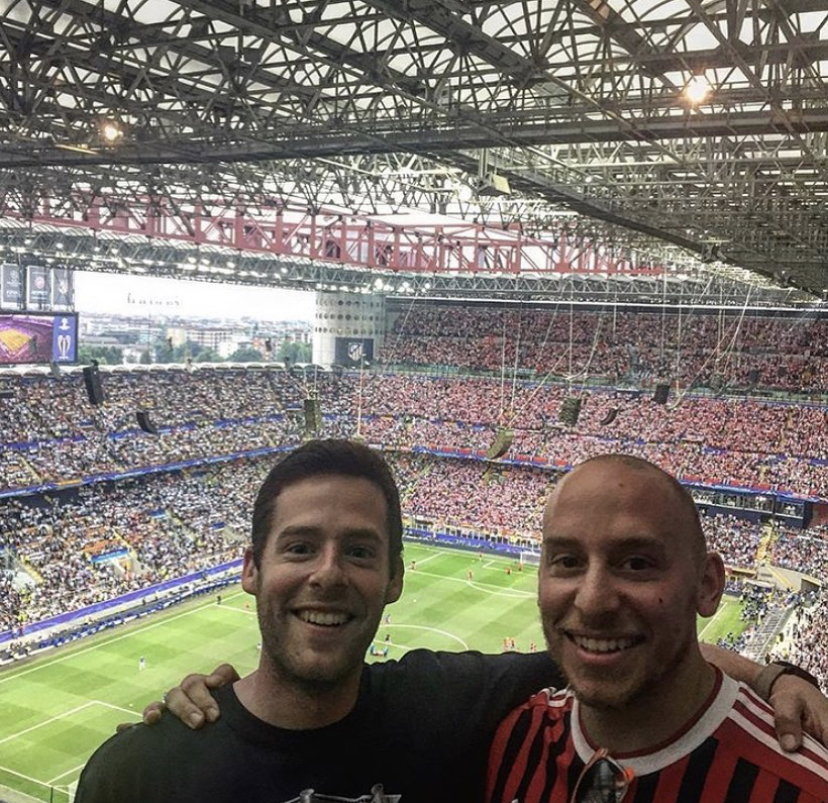 Brian and I at the Champions League Final (European’s Super Bowl), which was in Milan in 2016

One thing that has been interesting to deal with is working culture here in Italy. In this regard, I can’t speak for all of Italy and everything differs from region to region, but working with Italians has definitely been a challenge! Efficiency and getting things done is not top priority, as they prefer to go at their own pace and will rarely put themselves in a high-stress environment. Perhaps we could all learn a little bit from such a laid-back mentality! Because of this, Italians tend to enter the office at 930-10 a.m. and leave at around 7 p.m. One time when I decided to head out of the office at 6 p.m. I was greeted by dumbfounded colleagues and an accompanying “Where are you going?!”

A meeting in an Italian company usually goes like this:

Fortunately, now that I have my own company, we can have meetings more efficiently and the way I want them to be 😁

10 years have flown by! And in a short while I will be able to apply for Italian citizenship, becoming an Italian citizen while also keeping my American passport. Which brings me to my next topic:

This has certainly been a humbling experience, as Italy has its fair share of problems in society in incorporating immigrants into the community. I pride myself in being an outsider and have every day cultural and lingual challenges, as I consider the studying and perfection of the Italian language as my life’s work.

And that’s that! Hopefully next time I write one of these it will be as an Italian citizen, you’ll have to address me as signor!