How to Properly Use the Word “Cheers”

“Cheers” is globally famous as a word to say before you take the first sip of an alcoholic drink with a friend/friends (not to mention the famous American sitcom based in Boston). You touch your glasses/bottles together (‘chink’ them) and say the famous word.

Italians tend to also touch the glass/bottle to the table before taking a sip, but British and American people do not do this. Cheers should always be said before the very first drink, and possibly before every drink from then on, depending on the people’s customs.

In the UK, however, “Cheers” has a different meaning. It is a colloquial (slang) way to say ‘thank you’. It can also be used instead of the word ‘goodbye’, but only in a situation where you’ve been served something e.g. in a shop, restaurant, bar, or ticket office.

A British person walks into a London pub with a friend, to have a couple of beers. He says to the barman: “Two pints, please. Cheers.”

The barman pours the pints, and says “That’s £8 please.”

The man gives the barman a tenner (a ten-pound note), and when the barman returns £2 change he says “Cheers”. 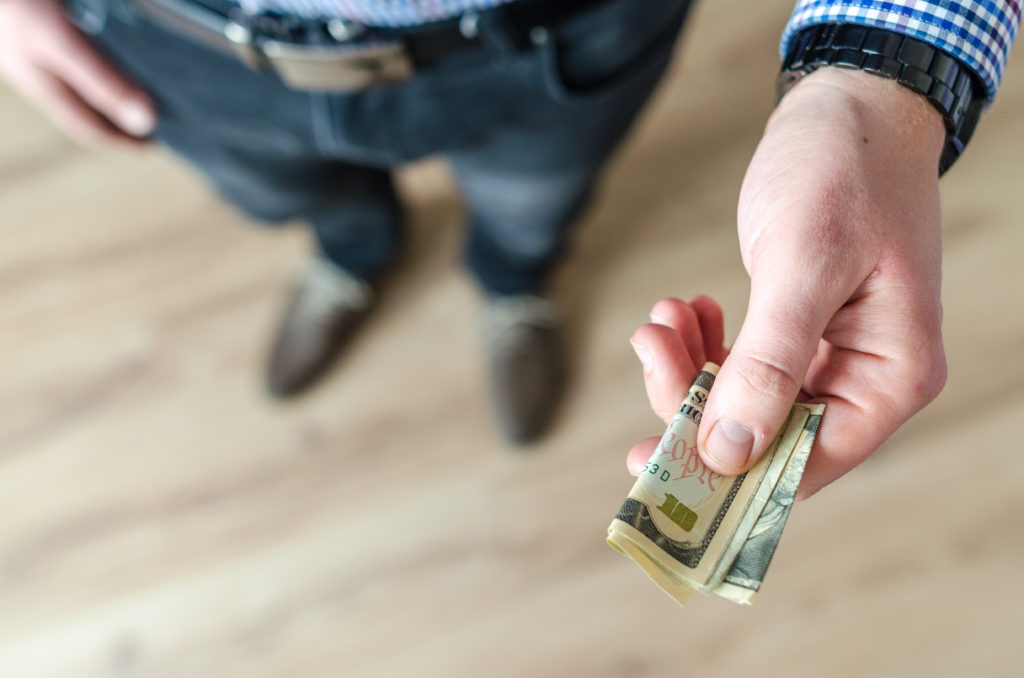 Then, handing one of the beers to his friend, the British man raises his glass and says “Cheers!” once more. They chink glasses, and drink.

Cheers for reading, now go out and grab a few pints!